The Makrinos Chronicles - The Protagonists

Let's have a look at the Protagonists.
The opponents of the story so far have been my H-Logs (follow the lik to the painting thread) against the haqqislamic NOD-Biotech.
With the release of Tonie's Eduardo, I had to start a new army, the DEC (again...linky to paint thread), while my favourite opponent switched to Yu Jings Imperial Service.

As a sort of prequel, here the fluff for my DEC 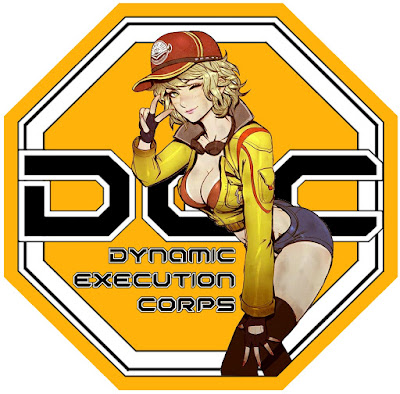 "The Dynamic Execution Corps is two things in one:
A mercenary regiment and a agency.
As a mercenary regiment, we can provide our customers with a wide  range of our own units. From all ranges of Infantry up to our very own TAGs, when simple man power is just not enough, we have for almost any need a suiting answer. Due to our vast transportation system and our numerous supply centres, these units are highly flexible in their use.
If our own units are not the answer to your probelm, one of our many contractors surely will. As an agency, we have a wide range of different contractors in our portfolio, that should cover your every need. All your dealings with the contractors will be done by our agents, so that you simply tell us what you need and we will see to it, that it is done. This way, we can achieve the high degree of anonymity, we are so proud of. The contractors themselves profit from our supply and transportation system, so that they are best equipped for your demands.
For more information, please click here."

Excerpt from a information pack
Available on Arachne and Maya
"The DEC is rumored to have connections to the nomad nation. For sure is only known, that it has been hired quite a lot by H-Logs. The origins of the company lay officially in a joint venture of different investors. If you look closely, atleast one of the following names appears  every investing conglomerate: Castor and Pollux.
There is a rumour about these two, whispered in the darkest reaches of arachne. A couple of attemps to uncover the truth of these rumours have lead to nothing, but it still occours in wardriver chats and hacker hangouts: Castor and Pollux are said to be the result of a retribution venture of the black hand. The Balck Hands Hackers were tasked to create a virus, that, injected into an Deva Aspect of Aleph, would seperate the fragment from Alephs consciousness and there destabilze Alephs Immunesystem.  Castor and Pollux are rumoured to e a result of a test run of that virus. The served aspect formed an own identity and fled into the Arachne Net.
But if this is actually true or just a rumour spreaad by who ever will probably never reach the surface. But one thing, I can tell you for sure... something is reaally wrong with these two and you should pay your dept to the DEC, because they will find you and when they do,  "seperation" might be one of the words used..."

The Society of the Jade Door 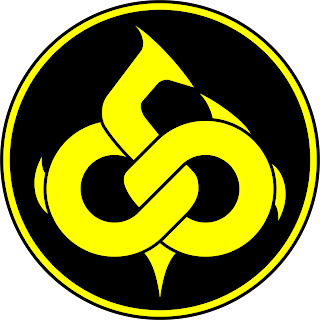 “When there is no desire, all things are at peace.”
― Lao Tzu, Tao Te Ching
The Jade Door is a splinter group of YuJings Imperial Service. All Agents of the Service strive to fight crimes and deviations within YuJings Population. The members of the Jade Door however are believers that in a population of billions with free minds massive deviations from the will of the dragon emperor are inevitable on a scale where only the most extreme can possibly be corrected by the service. Most deviations however, cannot be corrected and will undermine the unity and harmony of the state. Therefore, free minds are by definition unable to from a harmonic state without weakening struggle within and must itself be corrected into a mind that follows only a common will of the society as a whole. Towards this goal, the Jade Door focused on developing advanced brainwashing techniques, cube manipulation and even the construction of own Lhosts with modified brain activities, all to create the perfect citizen for the Yu Jing empire.
Other groups and officials within the YuJing government declined the beliefs of the society and saw its growth with envy and anxiety. When the Jade Door eventually started experimenting with looted Sepsitors, its enemies allied and started a political cabal to bring the society down. It was accused of deviating from the emperors will themselves, neglecting their primal mandate to hunt down criminals and betraying humanity by using alien voodootech. Only the reluctance of the emperor to publicly expose the service as divided and quarreled saved the participating agents from dishonorable discharge and prosecution. The Society itself however was prohibited and its activities ceased.

In the following months, several officials within the governemtn who accused the society disappeared without a trace or died in tragic accidents. Those who remain only dare to whisper an outrageous suspicion: That a part of the Jade Door still exist in the shadows, using confiscated funds, roque personnel and hidden black sites to continue their quest for ultimate power over the human mind.