Half of 40k is nothalf the fun

We have reached 20000 view and have topped that already.

That is pretty frakking amazing!

This screams for a party.
With cake...

Thanks lot viewers and archivists!
Posted by Hydra at 11:05 AM No comments:

Did you know, that when you enter "Games Day" in google... you are not instantly pointed to the Games Day so many people loved over years?

It is as if it never existed.

But instead of Golden Demons and painting madness, this years focus was the thing that keeps on entertaining me for quite a while now: INFINITY Basically it is a convention for pen&paper and hosting a mayor BattleTech event (I think it was the german championship...)

And some LARPing in "the garden"

All in all, the location was pretty cool. The eventhall was big enough to give some room to breathe (important when so many "nerds" crowd) but was small enough to be comfortable and create that feeling of privacy large halls lack.
One of the mercants on site was WarMage Games

A place all the MDF junkies out there should visit. Next to some pretty innovative concepts for multi-level houses... 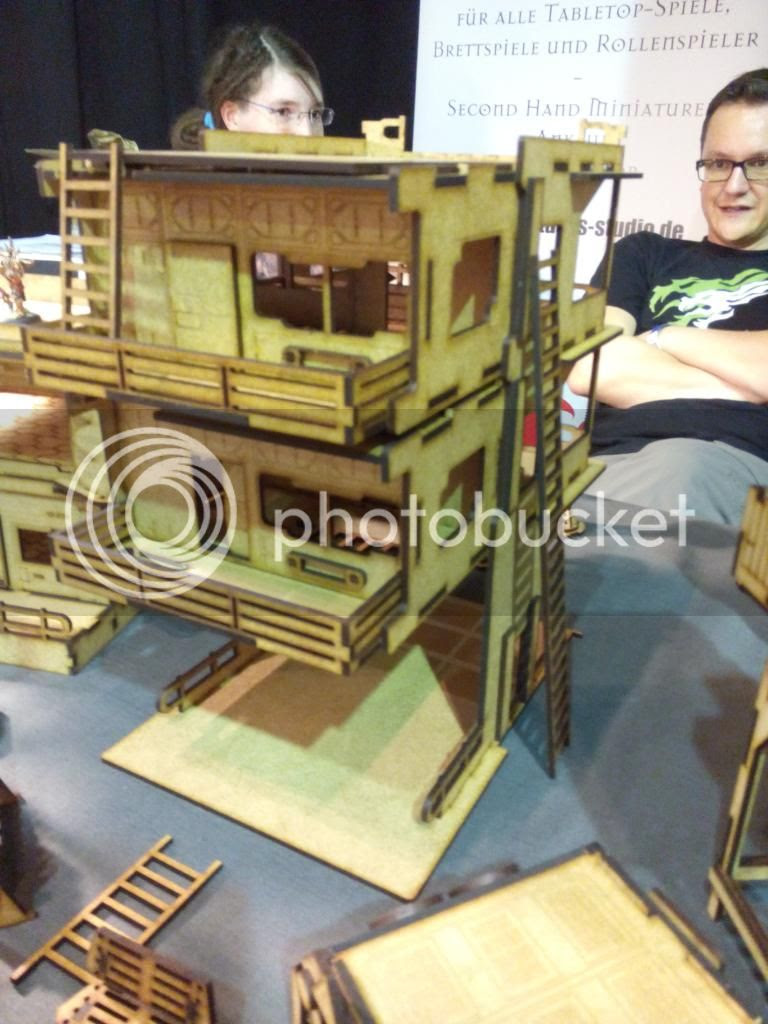 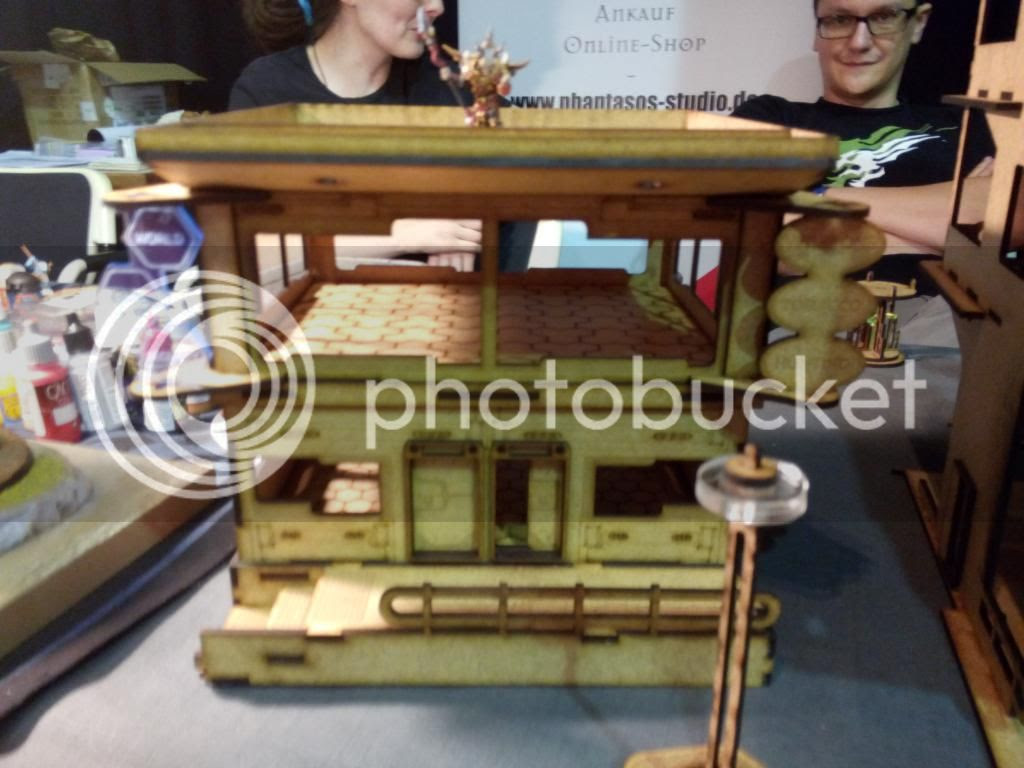 ... they presented their prototype of a landing platform WITH FUNCTIONAL ELEVATOR! 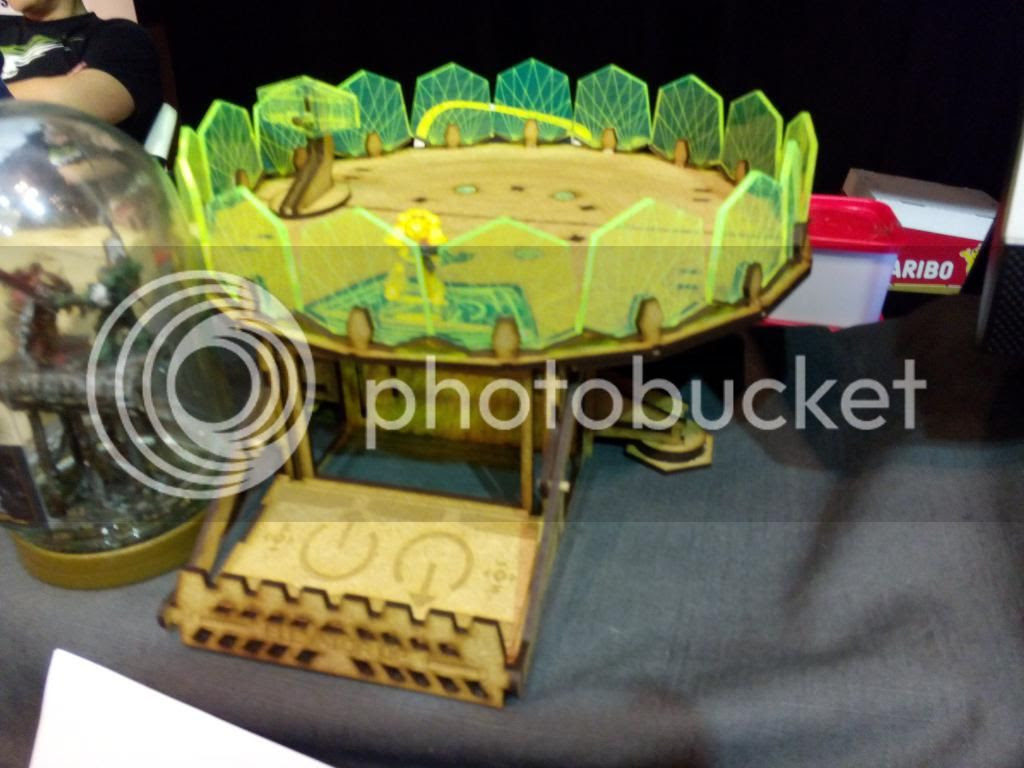 I was standing there, watching the yellow space marine going up and down for nearly 5min. The design was not final, but the mechanics work.

Definatly something to keep an eye on.

But enough of this.
Back to THE TOURNAMENT!

The first round, my brave contractors from H-Logs had to face off the not so primitive Ariadna in a Mission where supply boxes had to be gathered and/or destroyed.

It was probably one of the most adrenalin producing games I have ever had... so often was the fate of the game on knives edge.

A private highlight of mine, was a Intruder that climbed through a window, used the elevator and came up in the back of a Dozer (for those not to familiar with Infinity... this guy is an ingenieur, capable of using his remote control and detonating all the mined supply boxes... ruining my chance to win) and putting his HMG (=heavy machine gun) to best use. It was an all-or-nothing-maneuvre, but it worked. 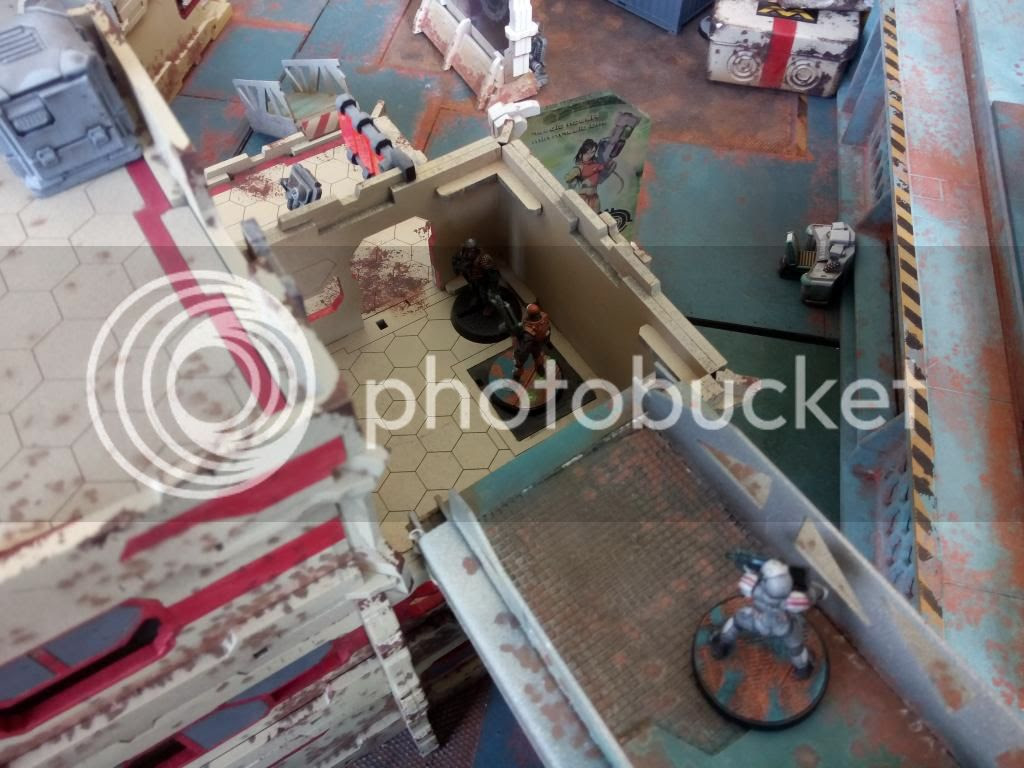 My SpecOps was the hero of the game. She had managed to sprint along the complete frontline, taking  more fire than a bush in a bushfire, surviving snipers and autocanons, catching some supplyboxes.
In the end she got trapped by a mine layed right infront of her. Nontheless she managed to avoid all the other attempts to end her life... In the end, she managed to destroy the last supply box with her CC weapon... something happening pretty rarely.
In the end I won by 1 point.

The next two games shall not be recorded... since I was little more than a VictoryPointSupply. I lost the 2nd game against my friend DER M horribly, being unable to put up any resitance against his strategy or his dice rolling. He mangaed to kill almost everything in the first turn.
The third game had some pulling and turning, but nothing as cinestic as the first game. In the end I resulted in being torn apart... again.

Congratz to all the winners by the way.

Although tournaments can be a place of sportive angryness and competition to the death, this tournamend had nothing like that.
Awesome opponents, fair, just and relaxed organisation and preparation and a alround great atmosphere resulted in an awesome day. 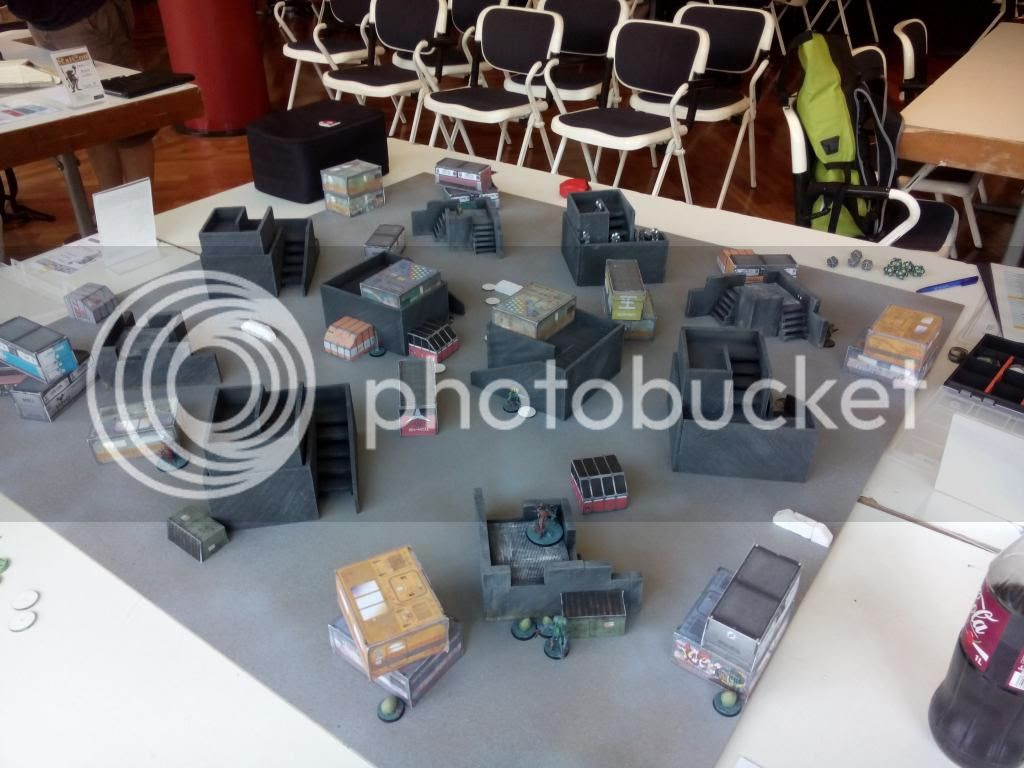 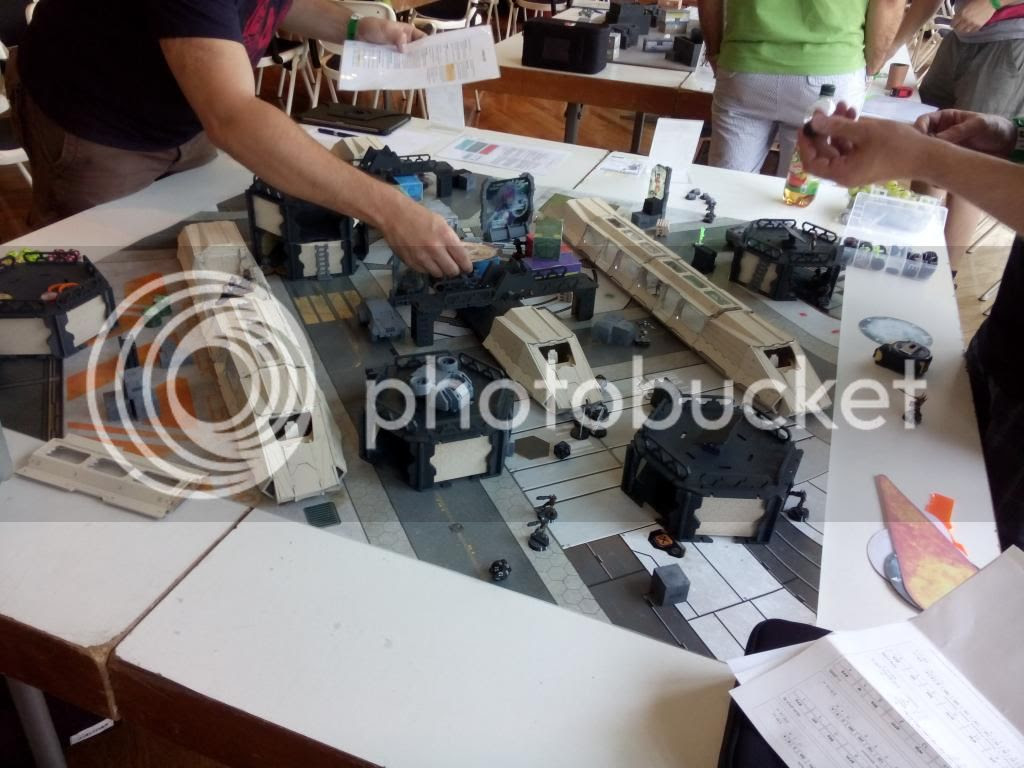 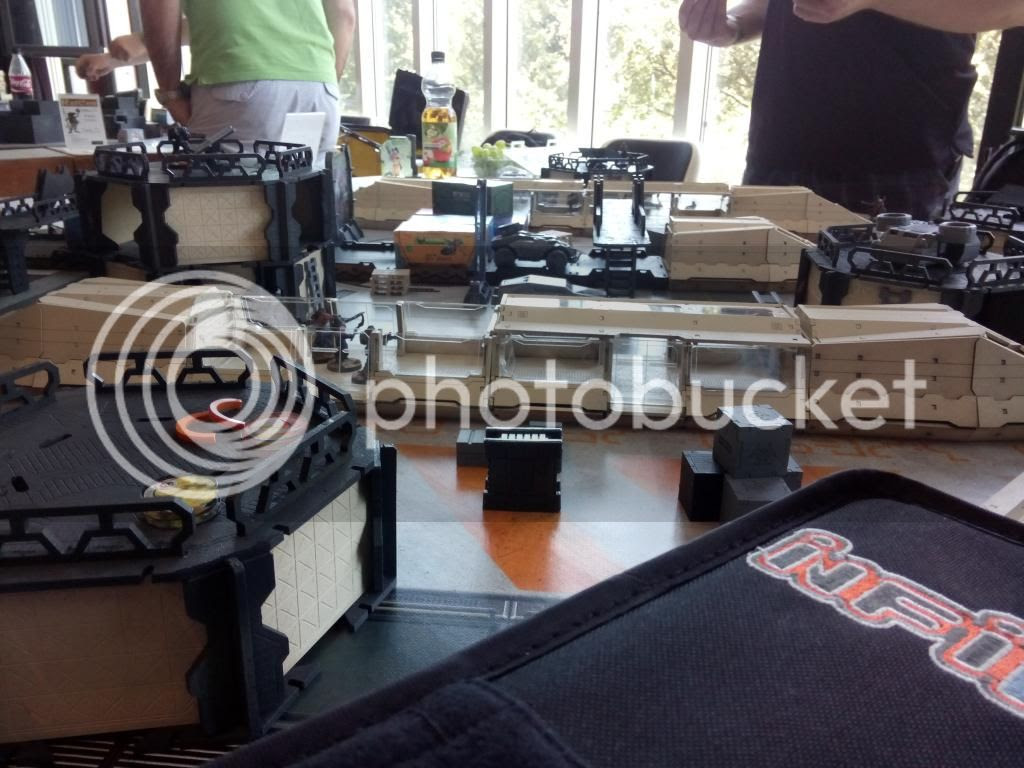 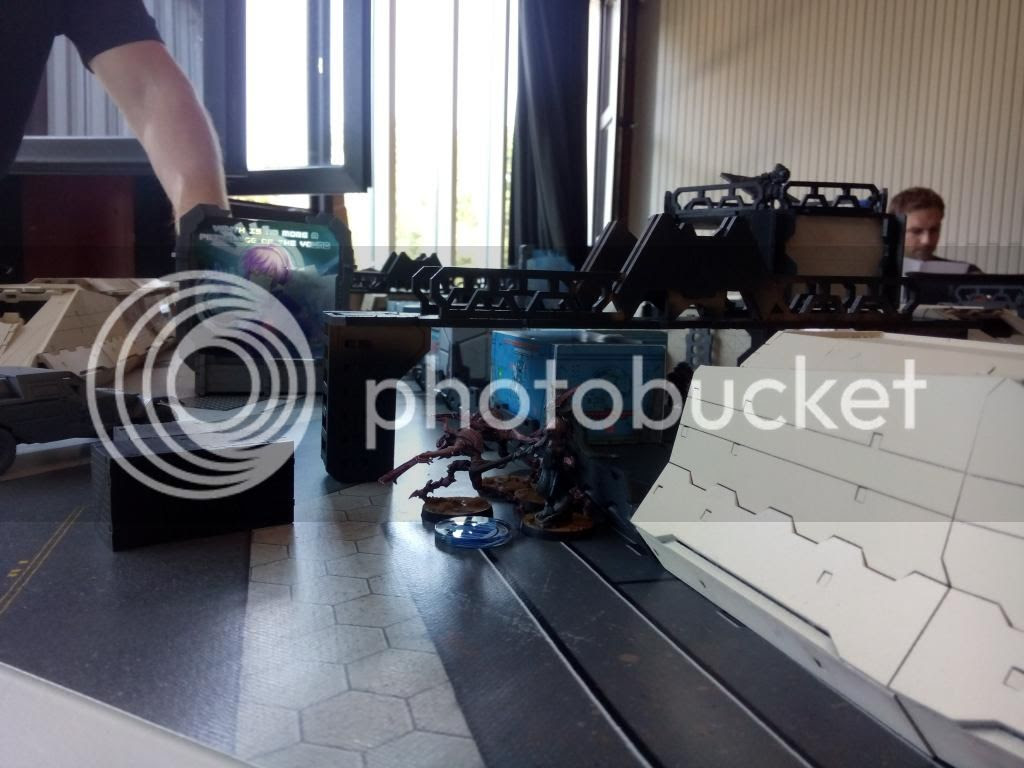 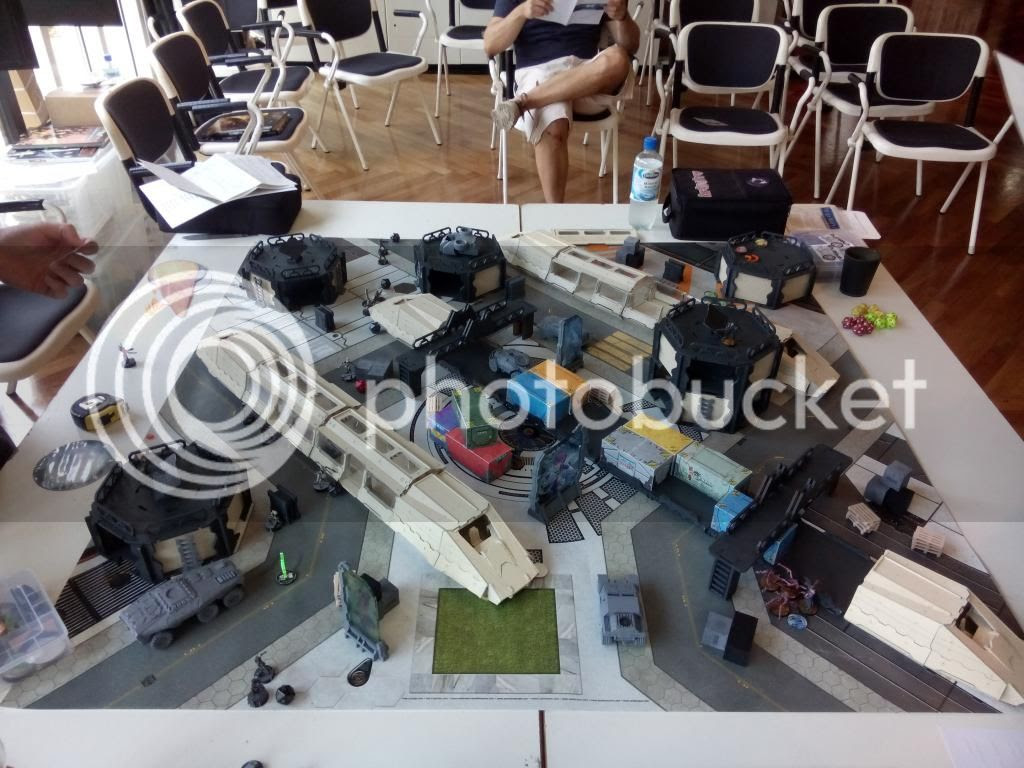 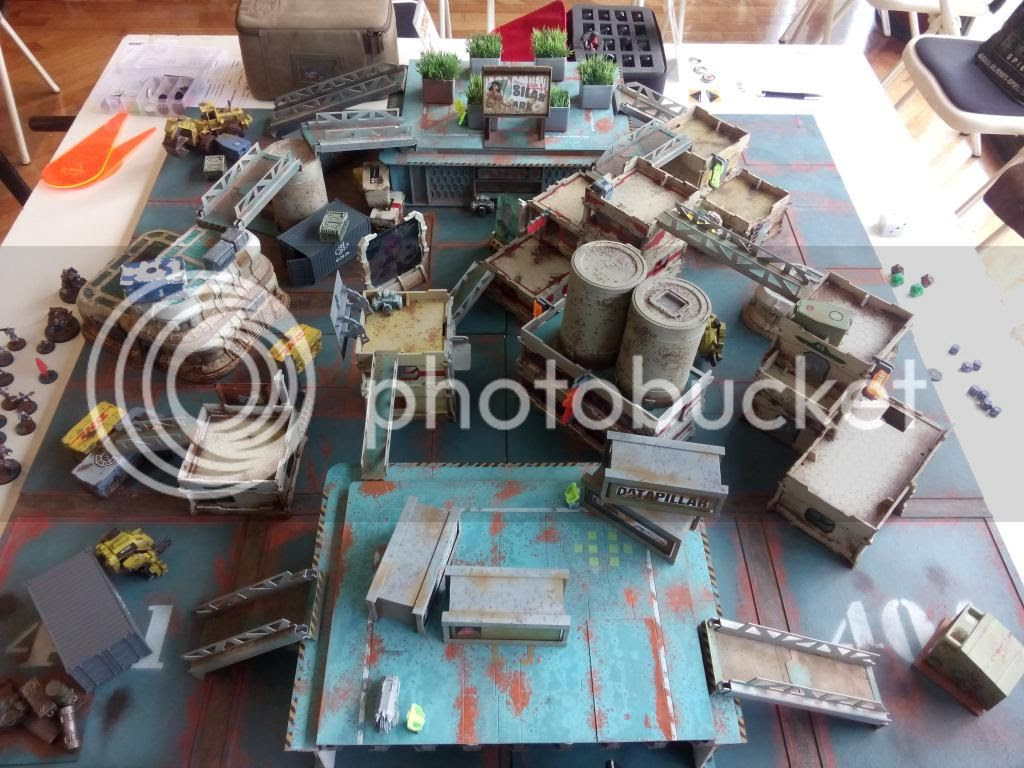 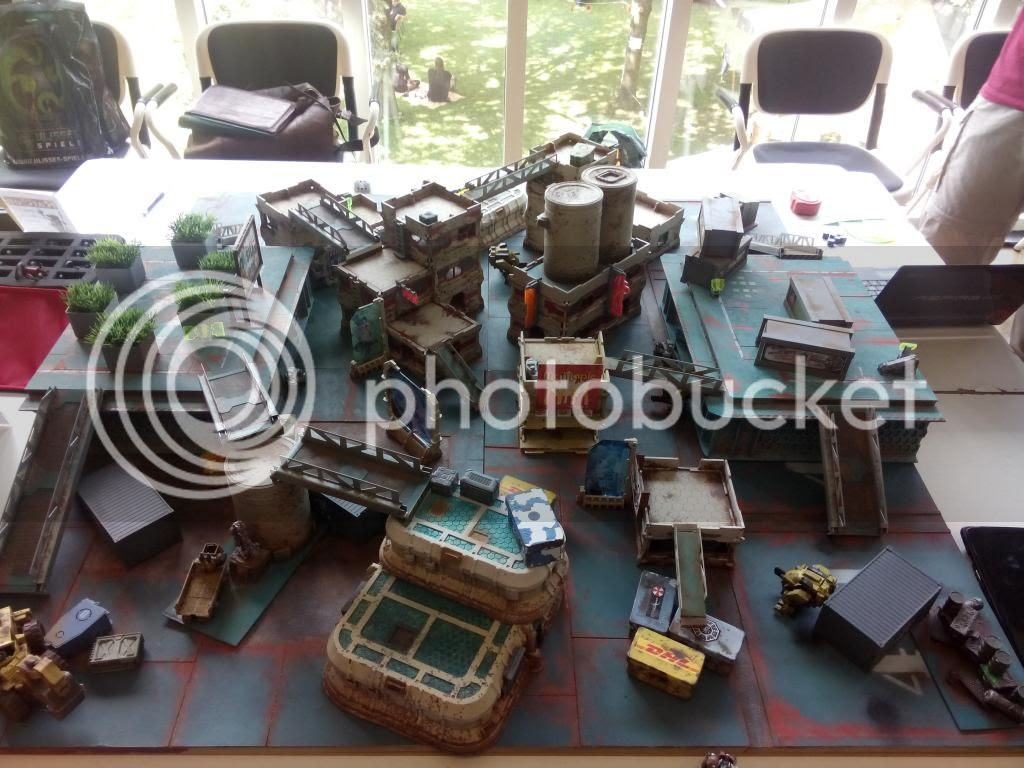 Again, a big thank-you to the organistors, the opponents and everybody else adding to this fun day!