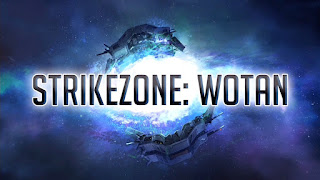 Strikezone:Wotan is online Campaign Corvus Belli and Beasts of War had run, summer 2017.
It kind of understands itself as the Sequel to the Strikezone:Flamestrike Campaign, run summer 2016. 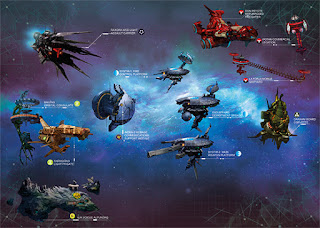 The basic story line evolved around the struggle of the different factions to dominate the areas around the Wotan Jumpgate.
To take part in the campaign, you had to play your games and report your results in a Battle Report on the Wotan Site.
Of casuse, a great part of the fun with an online campaign is the propaganda posted on the social networks. These were my two contributions: 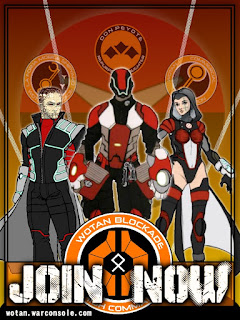 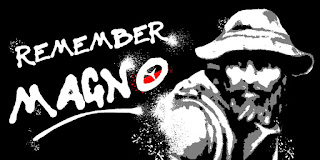 I alreaady took part in Operation Flamestrike, but for Strikezone: Wotan I set a goal to have aa game each week to make a contribution to the campaign that would actually matter.
For that occasion Captian Argos and his crew were invented. Basically they are H-Log employees on their way home, when the jumpgate got closed and they had to lend their arms to the Nomad Highcommand. The Pileus, a well aged cargo frighter, was their trustworthy vessel, carrying them from one theatre of battle to the next.
So, enjoy the ride and... GO GO NOMADS!!