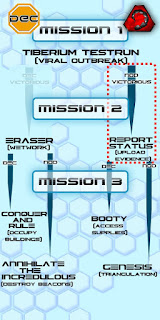 Victory Conditions:
Players get 1 OP for every model that has reportet the status on the console(OM).
When a trooper with the skills Lieutenant or Executive Order attempts to report, the player may reveal the skill and receive 2 OP instead of 1 if the trooper succeeds in reporting the status.

The maximum number of OPs to be scored by reporting the status is 6.

+1 OP is scored for having reported more often than the opponent. 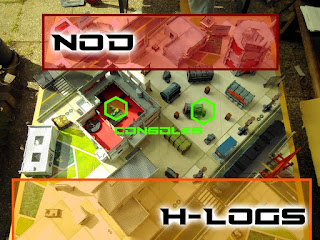 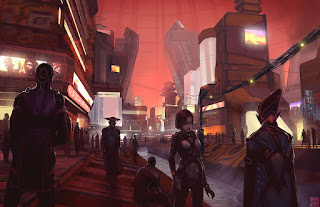 
Before anything else could be said, the ground started to shake and a deep threatening growl came from behind the squad. The industrial area they just had left dissapeared in a rapidly growing cloud of dust and debris. "At least that worked! That damned place should be burried now!"

"A catastrophic mine excident has destroyed large parts of the industrial site 04.67. Tonight at around 11:30 a devestating gas explosion in an old mining facility beneath 04.67 led to the total collaps of the old mine shafts, which resulted in a massive land slide into the newly formed pit. Luckily no citizens were harmed, since 04.67 was a fully automatic site. Mayor Hen Cu of Sektor 4, the adjacent commercial district said, that these old mine still hold a thr..."