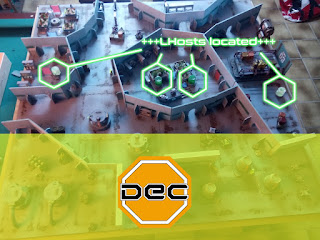 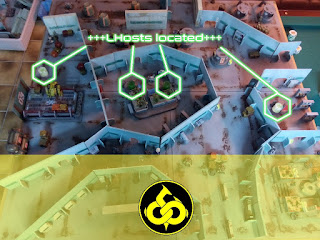 "Team Nam in position. We register a little activity, but nothing serious"

"We are closing in on the designated areas, Team Nam is splitting up." 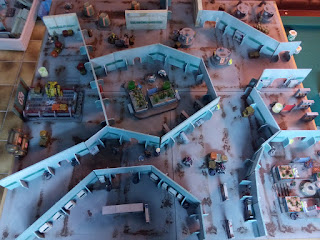 "Okay, Team! The CSUs take the left flank, try to locate the LHost near you position. Bagh Mari squad, you take the right flank. There should be an elevator near the LHost, maybe we can use that later, check it out. Irregulars! We take the middle! Move with caustion!"
"Affirmative!" 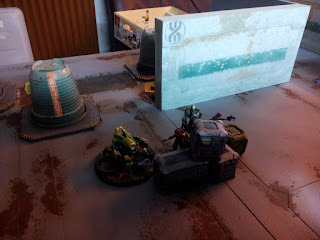 ++Okay Team, we are in position. Run the scans...++
**Range sscan complete. The objectives seem to be free of any lifesigns.** 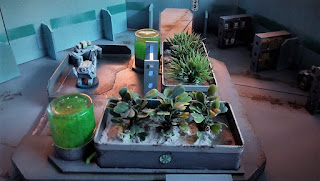 ''Shouldn't there at least be some random scientists running about?'' 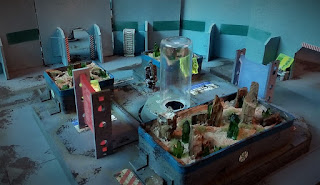 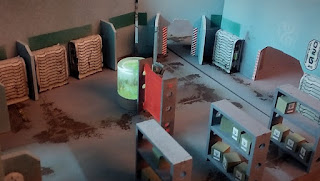 ++We have located the elevator. I send a trackpoint to you comlogs. If anything goes bogus, retreat point is there.++ 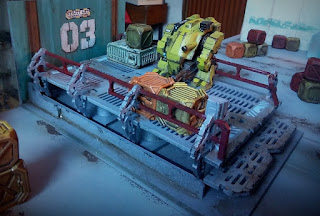 While the DEC units carefully crept forward, using every cover they could find, skipping from shadow to shadow, watchfull eyes were observing their approach... 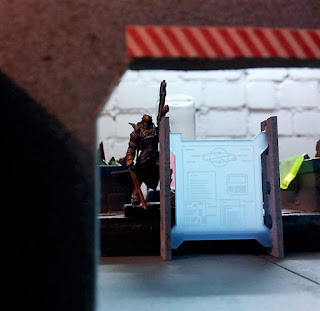 Team Nam slowy advanced, when suddenly hell broke lose.
++Take cover! We are taking fire!++
**So much for "All clear", eh?! Lokks like we gotta do this the dirty way...**
''As if that isn't you fav way...''
++Shut up and concentrate on the objectives! We take the middle and keep 'em busy.++ 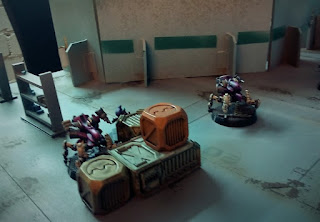 ++Left flank! How's your situation?++
//We are pretty much pinned down. Nothing much we can do here.//
++Alright. Keep your position. Don't let them surprise us from that direction.++
//Roger!//

++Team Hai! Can you give us some visuals on the enemy?++
``Team Hai here. We have trouble with the security system. We have only limited access to the security cams, so, this is the best we can do atm.`` 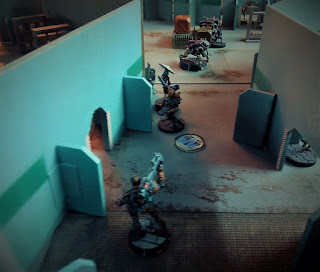 ++Team! We have visuals on HIs and REMs and an umbrella! Prepare for heavy resistance!++
**These are not the scientists you would expect! We seem to have a third party here...**
++Right flank! How is your situtation?++
´´I am approaching the objective. Little resistance here.´´
++Let us know, when you got the LHost. We need to take the room ahead. There are two LHosts in there, that is big booty."
The Irregulars, acompanied by a REM and some Bagh Mari moved into position, aiming their guns at the labs door. They were about to jump out of their cover, when a banging sound was to be heard from within the room ahead. For anyone could react, the smoke trailing projectile blasted towards them and exploded in their mids. The com erupted in the agonised screams of the hit. From one second to another the Kaplan Doc hand both hands full of wounded, she immediatly started to attend to.
´´Sil here. I have freed an LHost. He is already fully active. I have send him your way.´´

++Roger that! We are going to pick him up!++
\\Jenn here. When they have to reload, I am going in. It is time that we move... the next rocket will be our last.\\
With these words, the Kaplan Doc gave the Bagh Mari, she just had fixed up, a slap on the helmet and jumped over the boxes, they had been hiding behind. With feline movements, she sprinted towards the laboratories door. A few leaps later, she had reached the console next to the LHost tank.

While she was furiously hacking on the consoles keyboard, a shadow in her back became alive.
**Sil! Watch out! There is someone behind you!**
But the Kaplan was not the target of the mysterious shadow.
**Oh no! It is a Killer Haaaaargh!**
With a gurgling sound, the Irregular Hacker fell over, blood pouring from his eyes, ears and mouth.
\\You son a ... \\ The combi rifle kicked in the hands of the Kaplan, while she was unloading a whole magazine in the shadow. WIthout a further noise, the shadow fell to the ground and the ninja was dead.
\\I got another LHost, sending it your way.\\
++Affirmaative. We got two of four. That should be enough for today. Time for the next stage. We need to cover our tracks. Look around, anyone got a terminal near by?++
´´I got one rather close...´´
\\Me too!\\
++Then get there and upload the worm. That should erase all our tracks.++
//No second to soon people. We can't withstand any longer, they are just ma....agh!//
++Left Fank has fallen, we need to move!++
´´Good thinks take time, boy!´´
The Bagh Mari Paramedic started from the box she had been kneeling behind. She quickly reached the terminal and started to work on it feverishly.

\\Okay then, my turn!\\
The Kaplan was pretty much in mid air, when a hulking shadow covered the door right in front of her. She landed on her feet, fell to her knees, rolled over her shoulder and dodged the first shots, the hulking figure fired at her. She came up to her feet again and kept running, ignoring the swooshing ball of fire that was racing towards her. A millisecond before the shockwave took her off her feet and slamed her into the wall, she had plugged the little stick with the computer worm on it into the console.

The last thing she registed, before darkness engulfed her, was the little window that had popped up on the screen saying "Upload Complete".