Another blast from the past!
I arranged my Tyranids in different Broods.
Brood one was basically the first army I ever made. Being a big fan of genestealers, it mainly consisted of Genestealers, Liktors, a Hive Tyrant... a generic Tyranid Army.

Brood Two was supposed to be something special. While Hivefleet Moloch build his Godzilla Army, I wanted to have somethig until today rather unique. A Tyranid Warrior army. I will shine some light on the Warriors next time.

Today I want to show you the so called "Babyphant".


A concept, floating around Warpshadow, which aimed to get the Hierophants silouett and limb layout onto a carnifex model. Keep in Mind, that that was the only large Tyranid Model in plastic that time, so everything had to be done, starting from a 'fex. 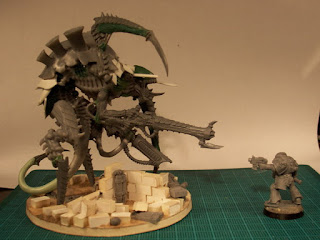 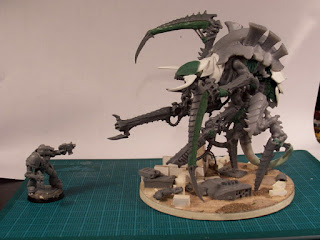 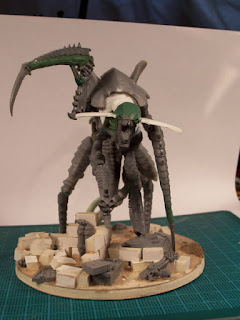 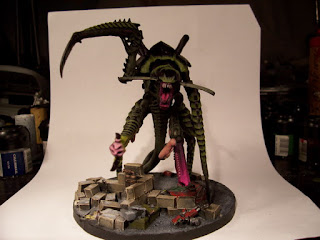 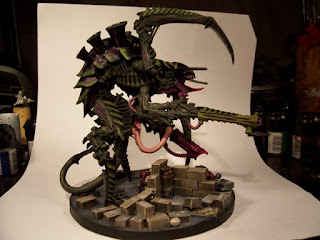 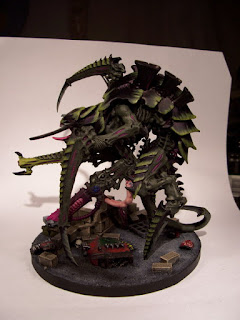 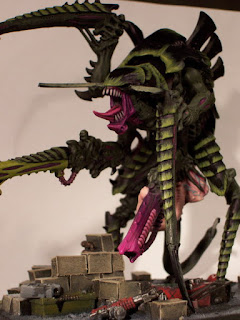 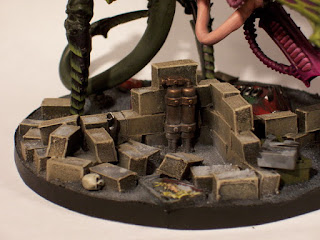 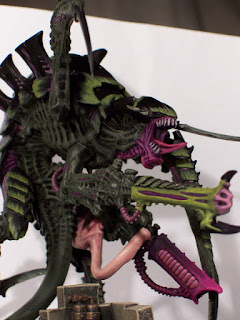 Hope you enjoyed the view,
Until next time!
Posted by Hydra at 1:23 PM