The sneek peek site in the White Dwarf announced one fine day new models for the tyranid range. Depicted was the a plastic tyranid warrior. That was the time I came back to 40k and back into the hobby after my puberty hiatus.

I LOVE the Warrior Model. It is such a unique design, and though I am currently wandering different paths in the hobby, the warrior is still one of my favourite models.

I wanted to have something different and came up with the warrior list.

Unlike any other troop type, warriors could be used as HQ-selection, as Elite-selection and, having wings, as Shock-selection.

My Idea was to max out the numbers of used warriors. For that, I gave eah unit a different role on the battle field. One unit was for the ranged assault, while the other one was equiped with CC weaponry. I figure it is easy to pic out which is which.

As much as I love the warriors heads, I had to drop them. If you want to change something, do a headswap. I used a genestealer head to gain a smaller silouett. The hunched over, almost knuckle walking look, was to give them a lower profile. My idea was, that they were bred for urban combat and anthing that would hinder them would be left away. Another tribute to that were the weapon arms, which were relocated beneath the torso. 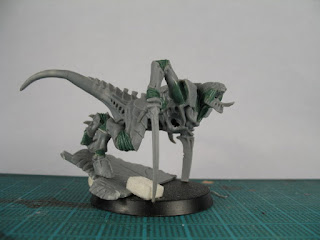 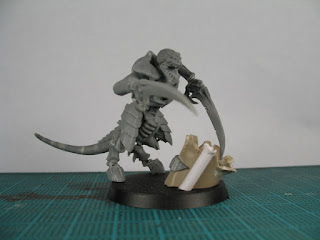 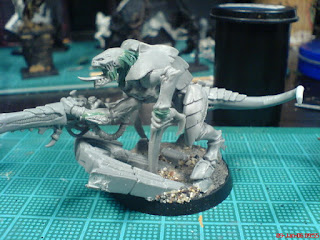 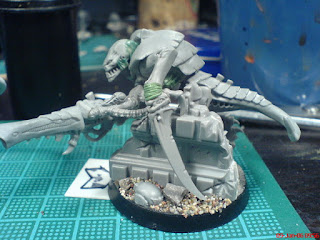 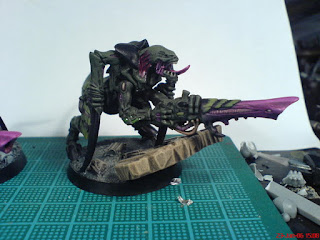 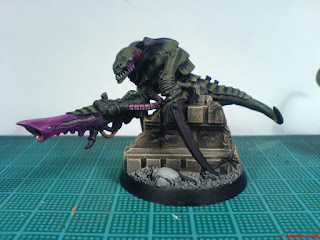 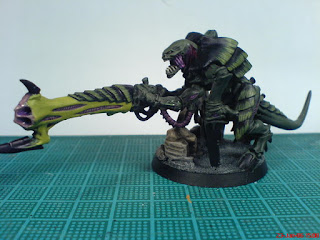 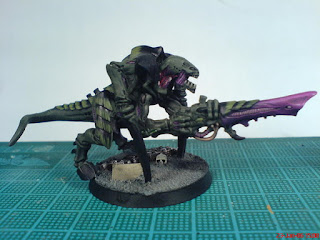 The CC warriors
The basic idea was, again, to simply change the face. And give them a more aggressive, mid-attack-launch stance. 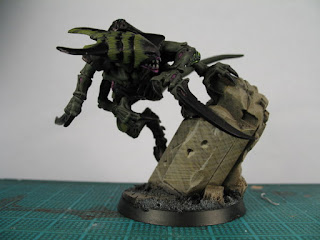 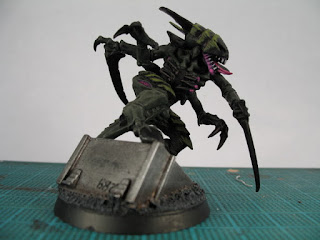 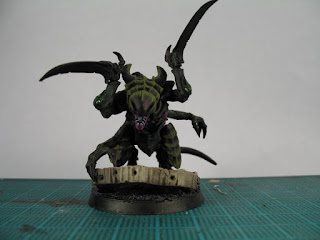 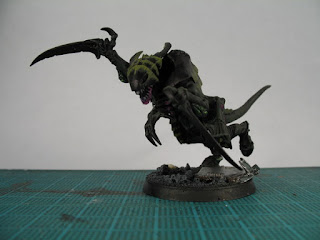 Well... you might see a conpecpt there, it is a gain with the head. A split jaw should give them a more menacing appearance. 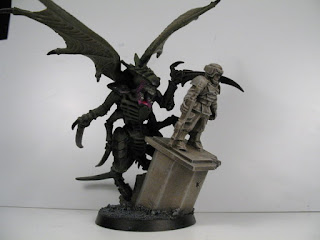 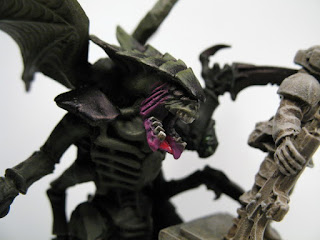 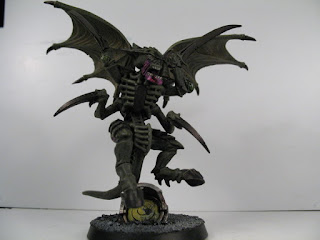 That's for now,
unntil next time!